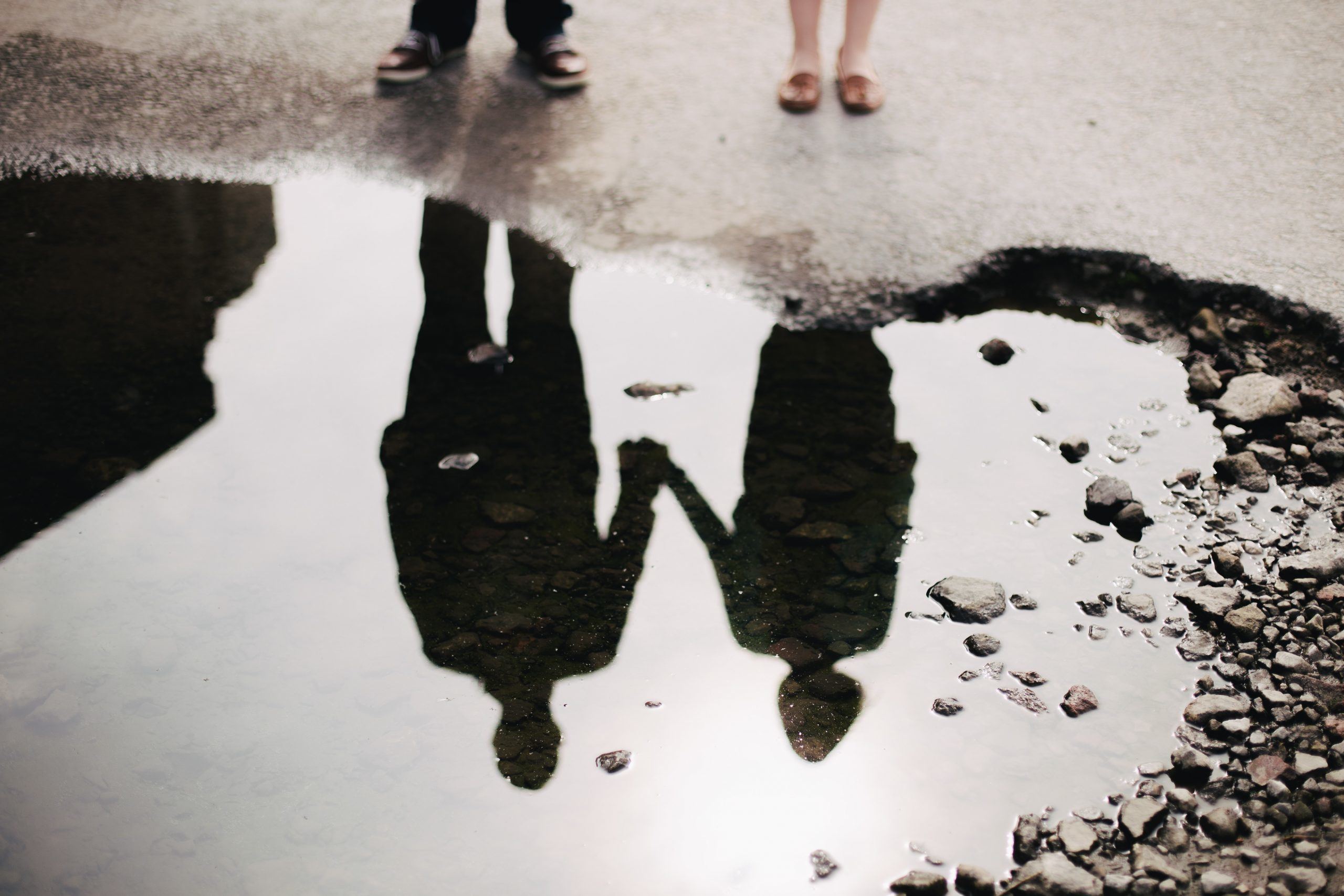 Ever felt like you can’t live without a certain relationship, be it a friend or a romantic partner? Or do you find yourself too afraid to be alone or make decisions on yourself? Or do you feel that you are repeating the same mistakes in your relationships with your partners time and time again?

In psychology, attachment theory can be used as a useful model to explain why your relationships have succeeded or failed in the manner they did. It can also point out repeated patterns of your relationship problems. In general, there are four kinds of attachment: the secure, anxious, avoidant and anxious-avoidant.

People with secure attachment strategies are comfortable with displaying interest and affection. They are also comfortable being alone and independent. They’re able to prioritise relationships accordingly and are able to draw clear boundaries and stick to them.

They also have a positive perception of others and positive perception of themselves. They make the best romantic partners, family members and friends. They are capable of accepting rejection and moving on despite the pain but are also capable of being loyal, sacrificing when necessary. They have little issue trusting the people they are close to and are trustworthy themselves.

People with an anxious attachment style of attachment value intimacy to such an extent that they become overly dependent on the attachment figure. Compared to securely attached people, people who are anxious or preoccupied with attachment tend to have less positive views about themselves.

People with anxious attachment have a positive perception of others and negative perception of themselves. This strategy may be developed in childhood by infants who receive affection and care with unpredictable sufficiency.

People with this attachment style are much less comfortable with expressing affection. They frequently deny and suppress their feelings. They commonly have a negative worldview on others and view themselves as unworthy. These mixed feelings are combined with unconscious, negative views about themselves and others. They often have other emotional problems in other areas of their life: substance abuse and depression. This attachment type is commonly developed from abusive or negligent childhoods. 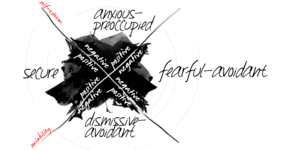 Psychological research backs it up as well, people with the same level of self esteem end up dating each other.

Research also suggests that anxious and avoidant people frequently end up in relationships with one another. It normally goes like this: the avoidant types are so good at putting others off that often times it’s only the anxious types who are willing to stick around put in the extra effort to get them to open up.

I may be generalising, but think of the man who constantly pushes away a woman’s needs for intimacy. If up to a woman with a secure attachment, she’ll simply accept the rejection and move on. However, an anxiously attached woman will be more determined by a man who pushes her away. The avoidant man then is reassured that he can behave independently around her and still ultimately avoid emotional intimacy (he’s avoidant right?).

You can argue that women that are willing to stay around and be manipulated are probably anxiously attached. The inability of an avoidant attachment styled male to express genuine affection and intimacy triggers her anxious attachment that makes her chase even more that in turns rewards the avoidant style that he adopts. She chases, he runs, and this goes in circles.

I experienced this chaser and chase pattern in my first serious relationship with my ex-girlfriend.  Every time I chased, she ran. Every time I got sick of it and threatened to leave, she came back chasing. It was constant, tiring too and fro. It felt exhilarating at times, however, it’s not long before that relationship ended up exploding. The problem with such romantic relationships is that it can feel as if you made progress after going through emotional whirlwinds with the other party. The higher highs of reconciliation and the lower lows of arguments and fights. It can be mistaken as ‘love’ or ‘passion’. 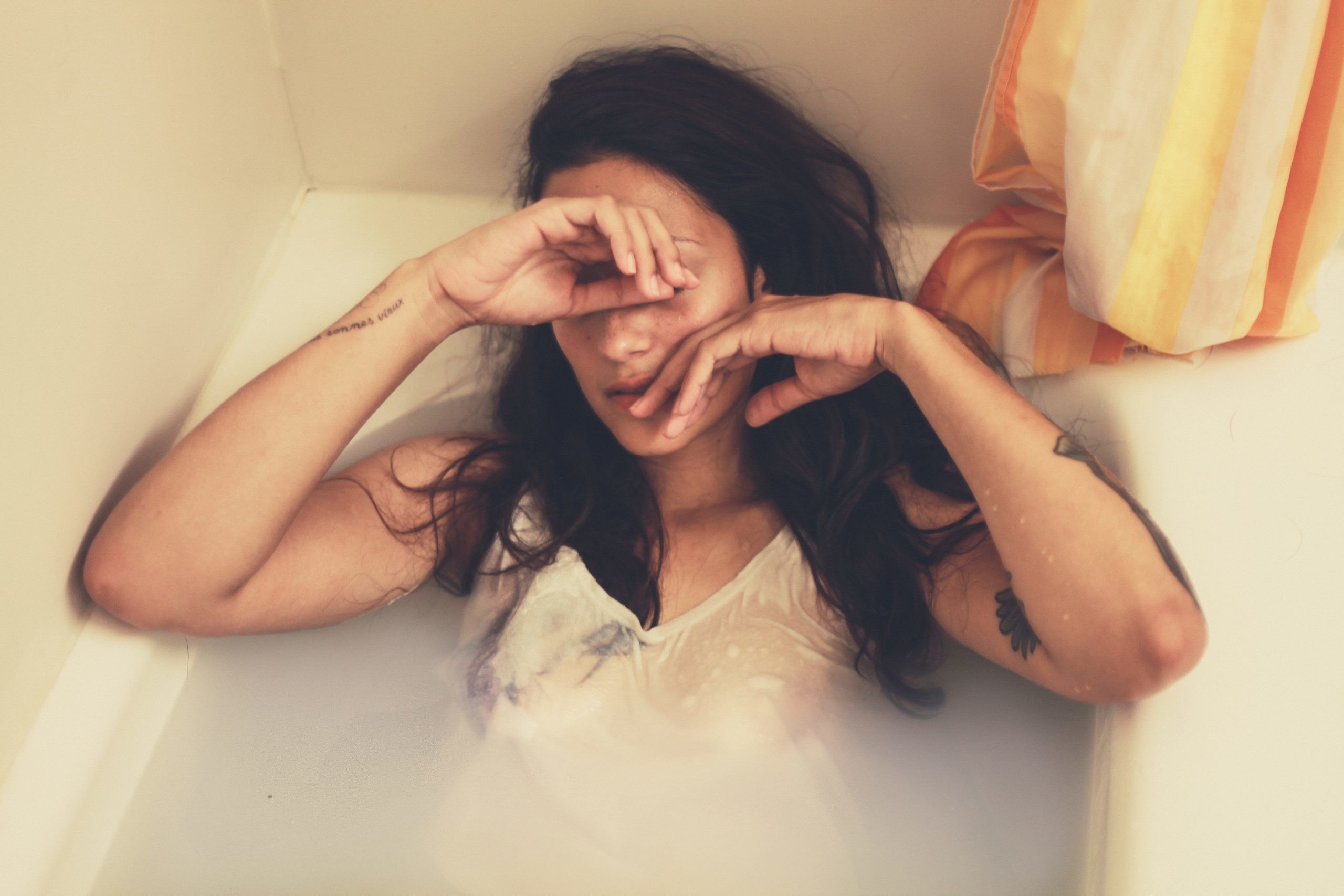 The Narcissist and the Co-dependent

One other way to think about attachment styles is the narcissist and codependent dynamic. I am going to generalize again here, but bear with me. The narcissist is usually the ‘taker’, and the codependent is normally the ‘giver’. In many dysfunctional relationships, you’ll find the giver and the taker. The giver is the one that always gives and gives without taking, as he or she feels unworthy of the validation or unworthy unaware of his or her own emotional needs.

The taker and the narcissist always takes and takes because he or she is unable to meet their own emotional needs and is attempting to fill a void.

The narcissist only cares about his or her own needs. He’s the overly domineering one in social interactions. This is the annoying individual who is always going on and on about him or herself and is unable to empathize with the people around them. It’s always him, his stories, her failures or her successes. They aren’t generally unable to listen.

Hanging out with a narcissist is equivalent to social waterboarding.

They always require more because external validation is a temporary high, it feels good at the moment but is still an empty victory. I’ll argue narcissists get more results in their dating life than co-dependents, just because of their willingness (and blindness) to assert themselves in spite of negative social feedback.

The taker, the narcissist is unable to generate self-esteem from within and hence strives to generate it from relationships.

If your life choices, decisions or self esteem is dependent or another person, you may have a co-dependent relationship. This can be your best friend, your parents or your romantic partners.

Co-dependents find themselves in relationships where their primary role is that of the rescuer. Their happiness is reliant on their ability to meet their partner’s emotional needs and not their own.

The listener, the giver, the co-dependent who listens to the narcissist’s troubles quietly and doesn’t give any input. He or she just takes it in and may seem sympathetic to the narcissist’s sorrows. That’s because the only way the listener can feel loved or accepted in that social situation is to tend to someone else’s emotional needs.

For the Overly Attached: Note on Roller Coaster Relationships

Ultimately, rollercoaster and dramatic relationships lack true intimacy and boundaries. Both individuals do not get their emotional needs met. They both are unable to accept love and validation, yet at the same time overcompensate in getting their needs for recognition, love and validation from each other (or others).

Psychologists argue that our unconscious is constantly attempting to seek out attention, love and validation that we miss out from out parents growing up.  There’s research suggesting that parents who view their children as an extension of their own self, hence, getting their needs met by the child leads to the child to believe that his or her own needs aren’t important. The child becomes attuned to the parent’s needs and feelings instead of the other round.

This plays out when someone attempts to get their needs met from people around them as adults. This can be from areas of their lives other than their relationships. You may overcompensate and seek to meet your unmet needs through sex, achievements, financial pursuit or just about any area of life.

Look, everyone needs a pat on the back and validation at some point, the question to ask yourself is this: are you pursuing something to scratch an itch or are you scratching an unresolved emotional need.

The Attachment Theory – Self Esteem Model

The problem with a lot of dating and relationship advice is that they don’t encourage the expression of emotions from a secure standpoint. Instead, they promote insecure strategies such as using of lines, techniques, not calling back in X amount of days in attempt to manipulate someone else into doing something. They aren’t effectual on the long run, and may only work on individuals who aren’t able to express themselves directly as well. You’re blocking out any genuine real emotional engagement. You’re still not getting your emotional needs met.

If you’re wondering if attachment theory has something to do with one’s self esteem. You’re right. Psychologists also hypothesised a model showing one’s attachment strategy corresponding to the self image of yourself and your perception of others. Your attachment style is connected to self esteem, emotional needs and vulnerability. These ideas are interlinked. 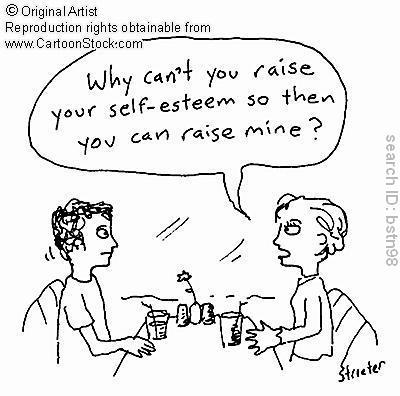 How to Find Our Your Attachment Style

How do you know if you are overly/ underly attached? You may do a self test to figure out which attachment style you fall under. There’s an attachment theory test that you can take to find out your attachment type. If you don’t want to take the test, then rely on the following examples to roughly give you a guess on your style of attachment.

You can ask yourself some questions:

Can Your Attachment Style be Changed?

Is there hope for the anxiously attached hopeless romantic or the commitment phobic avoidant? Or maybe you are reading this and determined you’re either a pushover codependent or a raging narcissist. Hear me out. The good news is that attachment styles can be changed. The bad news is that it’s slow and difficult.

I was the classic hard core avoidant throughout my teens up till my early twenties.  Since I started therapy, one anxiety uncovered after another. There were periods of my life where I swung from avoidant to anxious. You’ll be surprised that underlying avoidance is actually anxiety. There were other periods where I was going through phases of emotional vomit and flipped between anxious and avoidant attachment. However, all in all, I’m happy to report that today, I’m a lot better at handling my relationships today.

If your happiness is derived from making extreme sacrifices to meet your partner’s needs. Then it’s a red flag. If you’re the giver or the listener, then you need to stop being a pushover. It’s time to stop being Mr Nice Guy/ Woman. You’ll need learn how to assert your own emotional needs and get your needs met in your relationships.

Now, I am not saying you can’t sacrifice for each other in a relationship. However, there’s a difference between sacrificing for someone and a lack of relationship boundaries.

Or maybe you’re a raging narcissist and constantly get pushed away by others. You may want to take a step back and learn how to empathise with others. The point here isn’t to be overly selfish or aggressive. It is to find a fine balance between caring for their own and other’s people’s needs.

Unfortunately, I’m not immune. In my life, I had my fair share of stages in my life where I was slightly co-dependent or swerved to my narcissistic side.