How to Be Vulnerable – The Power of Vulnerability 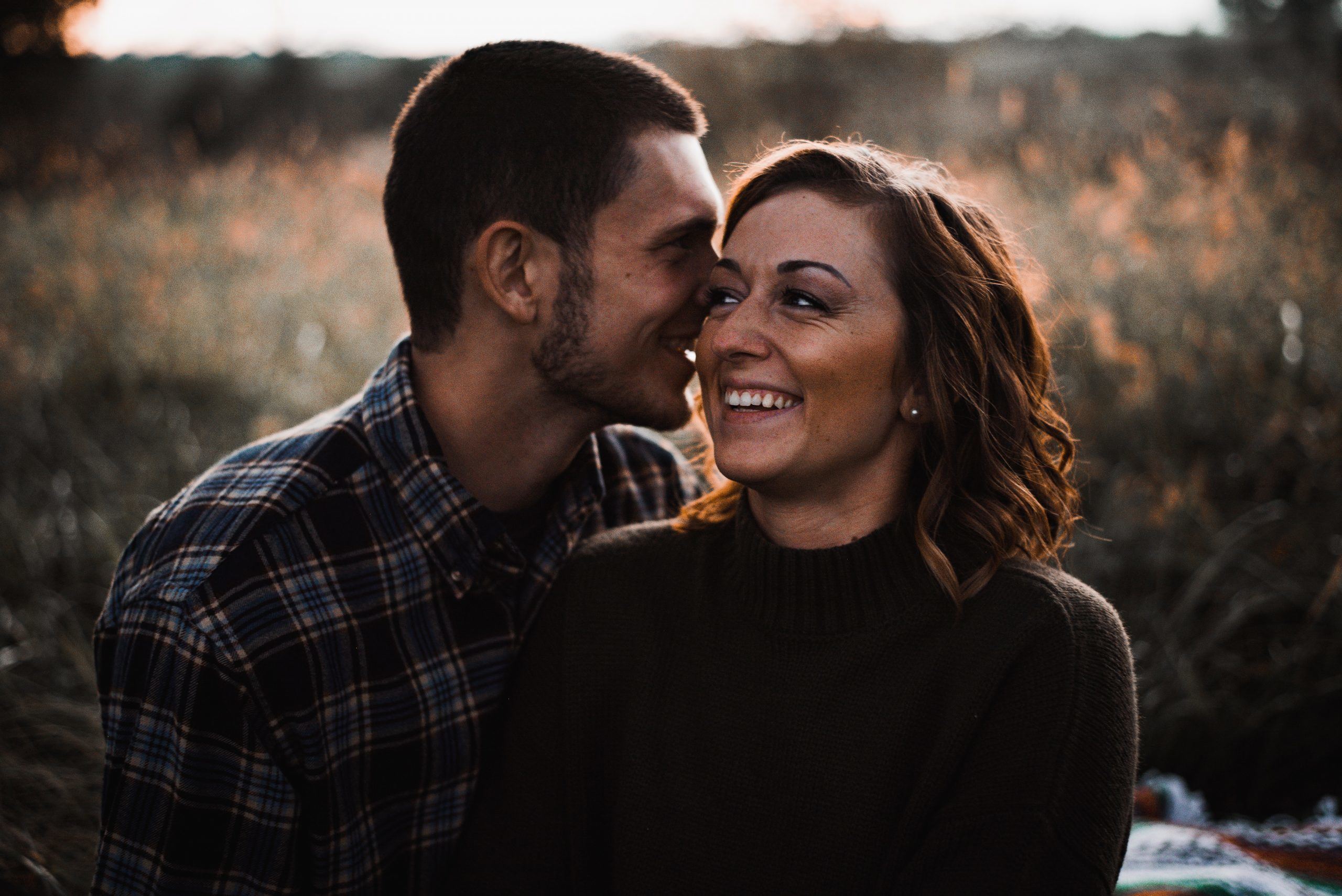 I grew up in a culture where men aren’t supposed to be showing their emotions. You know, the typical Asian male. He’s suppose to stoically get into a good University, do something related to Science or Math, get a ‘stable job’, get a wife, raise a couple of kids and achieve career success, whatever the hell ‘career success’ means.

How to be vulnerable? What is vulnerability? You may think it’s some thing you do that’s feminine, soft hearted and sprinkled with fairy dust.

Singapore, my home country, also happens to be one of the costliest cities in the world. A patriarchal society where the metric of success of largely measured by material wealth and academic success. You’re supposed to achieve these pursuits stoically. The expression of any emotion or vulnerability along the way is seen as weak.

However, vulnerability isn’t only limited to the emotional aspect of it, but also social vulnerability and physical aspects of it.

He’s has no problems with rejection. He understands he cannot be accepted by everyone, and rejection is inevitable. This form of confidence also cannot be attained by external factors.

The process of attracting women is controversial and polarizing by nature. Why do you think all the girls go for the ‘bad boys’? That’s because they stand for something. They are a leader and are willing to face humiliation, rejection, and controversy.

Ramit Sethi, talks about excellence versus vulnerability. He doesn’t really like people talking about ‘how vulnerable they are’, because he argues that it’s easy to be vulnerable, and difficult to be excellent. I’ll argue that excellence, is also part of being vulnerable. 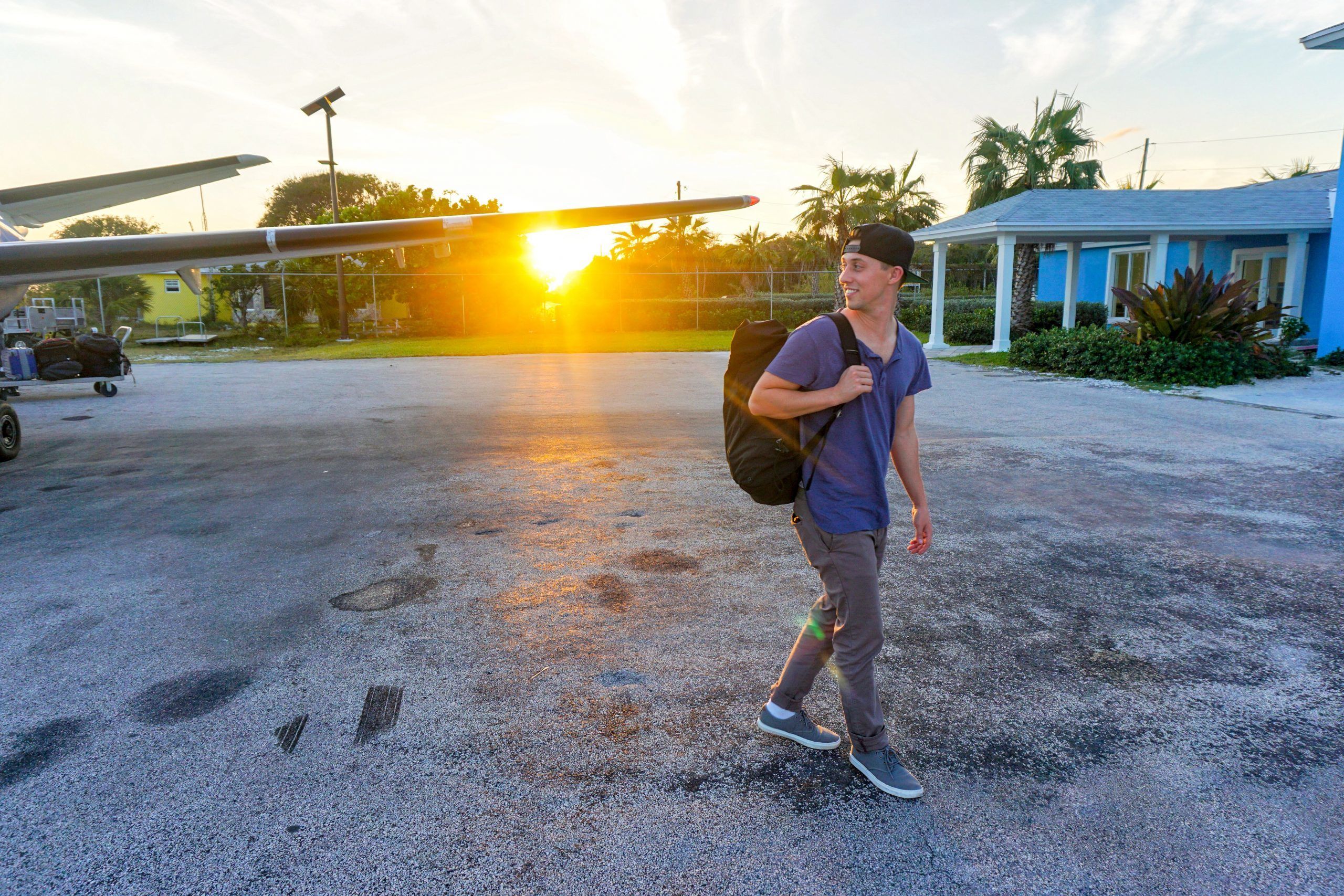 The Power of Vulnerability

I define the second form of vulnerability by the willingness to open yourself up. The majority of men get confused with what vulnerability looks like. They think it’s a macho activity where you HAVE to be dominant or right in every conversation.

He doesn’t just run his mouth on everything and anything. There is weight in his word. When he makes a mistakes, he’s willing to apologize and admit it. He’s unafraid speak up, even if it means getting rejected.

Now, take the second person. He has always done everything in his life to fit in to society. He studied hard because that’s what society told him to do. He gets a job not because he truly enjoys it, but because he’s afraid of not fitting in. He avoids conflicts. He never takes any risks in his life, too concerned about fitting in. When he fucks up, he tries to blame others or pretend like it never happened.

Who will you trust? Which of these two men is more powerful? Which one do you think women would be more attracted to?

In the dating advice community, the reason why many people memorize lines and techniques is because they are still using is a control strategy: it is ultimately to avoid the fear of rejection, instead of hiding behind scripted lines and routines, why not take some risks and be comfortable with your vulnerabilities? 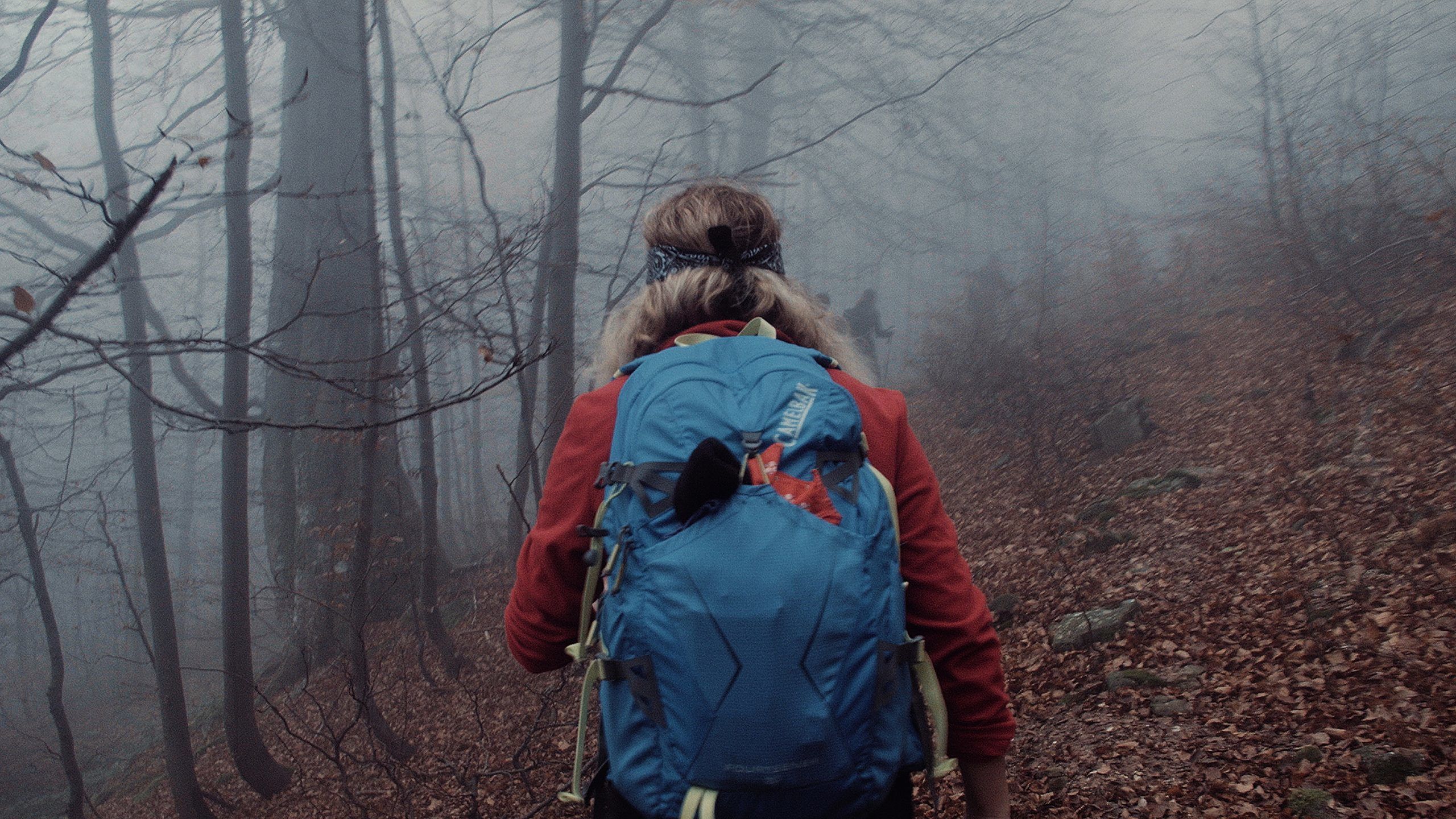 Word On Vulnerability and Boldness

Let’s tell women about my dead goldfish and how much I cried when I flushed in down the toilet. She’s going to love it and have sex with me.

One mistake that many people make when it comes to vulnerability is seeing it as an exchange.

Vulnerability has to be expressed unconditionally, as a gift, and not used as technique or a line. If you share a heart-breaking story to get attention, validation or love from the opposite sex, then you’re not being vulnerable, you are downright manipulative and desperate.

However, if you’re sharing a story as a means of relating to the emotions and experiences of someone else. Then, that’s just the who you are. That’s an honest expression. There’s no desire to control her perception of you.

Secondly, you should not use being vulnerable as an opportunity to unload an inappropriate amount of emotions and personal history onto someone else.

Emotional vomit is difficult as it’s genuinely vulnerable, but on the other hand, it’s you being honest about how pathetic and needy you are.

It may feel good in the moment. However, emotional vomit only doesn’t actually fix anger or hurt. Emotionally vomiting actually points you to do the healing, however, not is ISN’T the healing itself. However, at times, it’s necessary, and part of the process. I recommend consulting a therapist, where healing can be done in a safe environment.

The golden rule: any form of vulnerability HAS as to be accompanied with personal accountability.

Let me ask you, what’s the difference between having a general enthusiasm for meeting new people versus using scripted lines hoping to get a positive reaction from a potential romantic partner? One is a long run behaviour and one is a short-run behaviour. One is sustainable and the other one isn’t. One is a vulnerable behaviour and the other isn’t.

Vulnerability is actually nothing like that, it’s about being introspective and engaging emotionally.

If you’ve bottled up your emotions throughout your life, the more painful these actions are going to be. The less you talk about your shame, the more you have them. Eventually, you’ll have to be responsible for your baggage.. If not, you’re just going to be resentful, angry and frustrated, turning off everyone that comes your way.

Perhaps you realize your anger of towards you ex girlfriend stems anger towards your parents and this is the first time in your life you’re forced to confront this issue. When I was rubbing up against my emotional realities, I found myself at developing weird beliefs and getting extremely angry at certain people in my life. 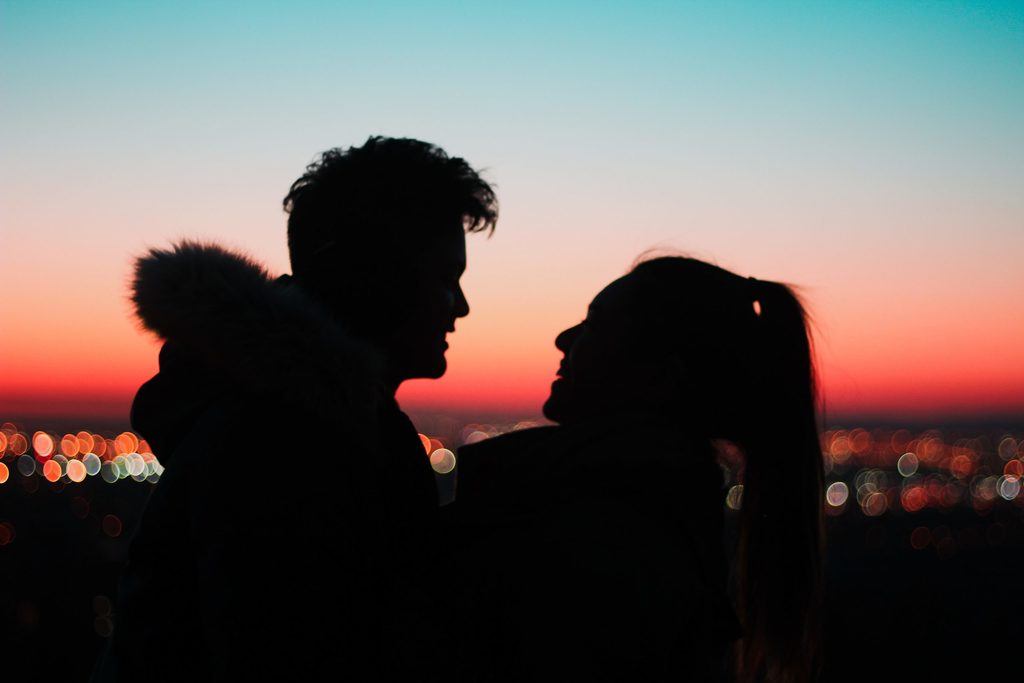 The term ‘shit test’ is a common terminology used in the men’s dating advice industry where woman consciously uses tests to figure out if a male is really who he portrays himself to be or not.

Hence everyone’s half afraid of ‘shit tests’. Usually, these guys rely on ‘game’ and perceive other people’s behaviours as something that can is controlled. They think it’s a logical mathematical game to be won, they see social interactions as something that you can just run the numbers and it will just happen. These behaviours fall into non vulnerable behaviours.

Sometimes, they’ll continue to pursue a woman even when it’s a clear big fat NO from her. Why? That’s because he thinks that she’s merely ‘testing him’.

If you’re strong in your values and boundaries, then it doesn’t what the opposite person across you says. I don’t care if she’s testing me or not. If she’s trying to play mind games with me, then I’ll simply ignore her and move on. I prefer spending my time with women that don’t play mind games.

Of course, I know, there are people out there that purposely set hoops for you to jump through. However, we’re looking for high self-esteemed, non-bitchy, non-manipulative partners to be with, right?

Now, you’re going to run into this common line. Some girl down the road is going to say that she has a ‘boyfriend’.

There could be mainly a couple of reasons why she’s saying that: 1) she really has a boyfriend. 2) She’s not interested and is politely rejecting you. 3) Let’s presume she’s REALLY testing you. Then she must be quite screwed up person to tell you that she has a boyfriend to try to get you win her over

Hence, it doesn’t matter, just move on. If she is trying to fuck with you, then she is out.

The Power of Vulnerability

The majority of us like you and I were brought up in way as to not express our emotions. Don’t be controversial. Don’t be unique. Don’t do anything ‘crazy’, ‘stupid’ or ‘selfish’. You need to be ‘useful’ to society. Straying from the conventional path is seen as ‘rebellious’. Expressing yourself openly about topics such as sex is shamed upon, divorce is seen as taboo, being upfront and honest is viewed as rude.

They can come from our upbringing, culture or a combination of both. Perhaps, our parents themselves were shit poor with their emotions.

So how can vulnerability look like in your day to day life?

It can come in many minute manners. For some, it can mean actually putting in work for an examination, and finding out if you were all that smart or not. It can come in the form of finally taking action in your relationships and building the required social skillsets and behaviours to better your dating life. The art of being vulnerable can be expressed by pursuing that lifestyle or job that we’ve been hesitating to pursue, making that career switch, that business hustle, and other pursuits that we’ve held back because of the fear of what our family, friends and society might think.

You’re going to rub up against your fears. You’re going stand out. You’re going to risk rejection and embarrassment. You are going to face inevitable failure, in a multitude of tiny and macro ways. Unlike everything else people tell you, real personal growth is not always rosy. In fact, many a times, it’s often downright painful. However, it’s necessary for long term growth and happiness.