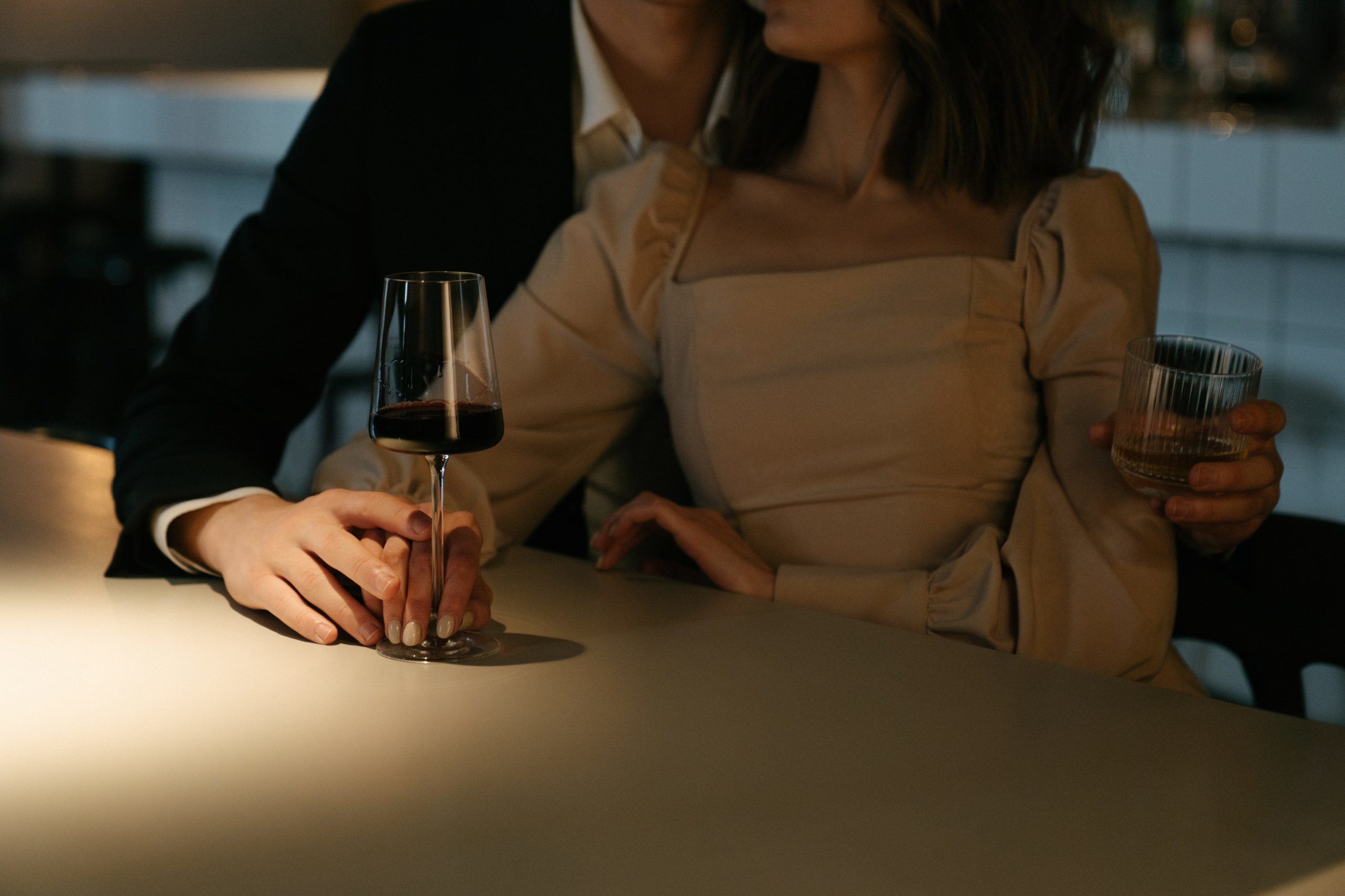 Flirting with a girl is simply the art of bringing an interaction or a conversation with her forward in a romantic manner without being awkward or creepy. If you can’t flirt, you’re going to bore her to hell, she loses interest and you end up on dates that lead right straight into the friend zone.

Unfortunate being a male… it is on you to lead the interaction and not wait for her to initiate. 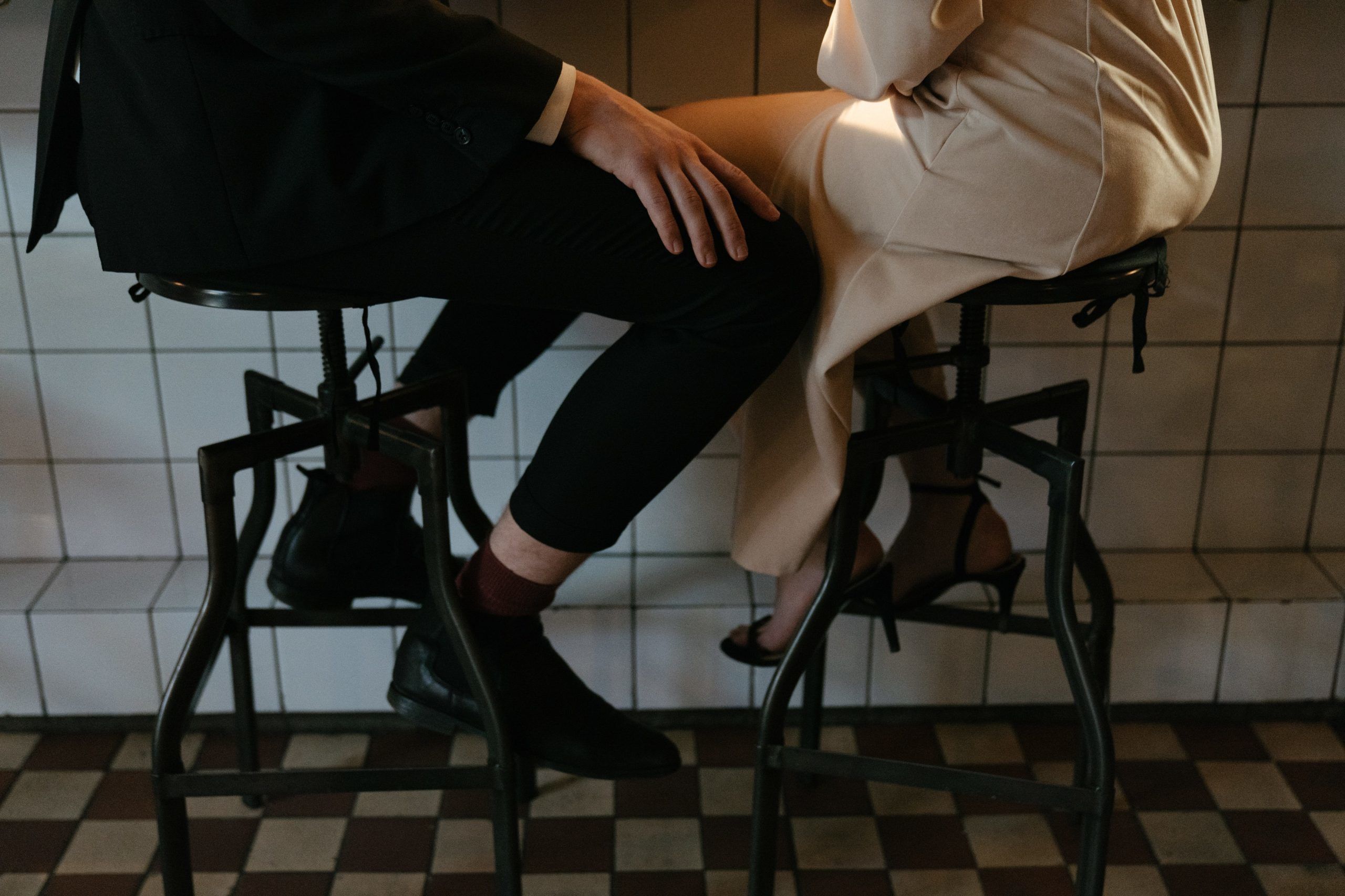 In certain cultures, sex, emotions and relationships are hardly discussed around the dinner table when growing up. If you’re an Asian, these topics aren’t least bit openly discussed or addressed. It’s no surprise that most men feel awkward flirting and communicating in a sexual manner to the opposite sex.

However, to successful date women, you MUST learn how to flirt with a girl.

How to Flirt with a Girl without Being Creepy

The majority of dating advice (arguably, pick up artist strategies) is dependent on trying one’s best not to get rejected and adjusting our behaviours according to hers.

I’d like to redefine the metric of success: it should not be about being rejected, but if you ‘played to win’. This means being able to push your interactions in a romantic/ sexual manner.

In my experience, the more her personality leans towards the feminine end, the more you are going to be required to lead in the interaction. She’s not going to initiate for you. 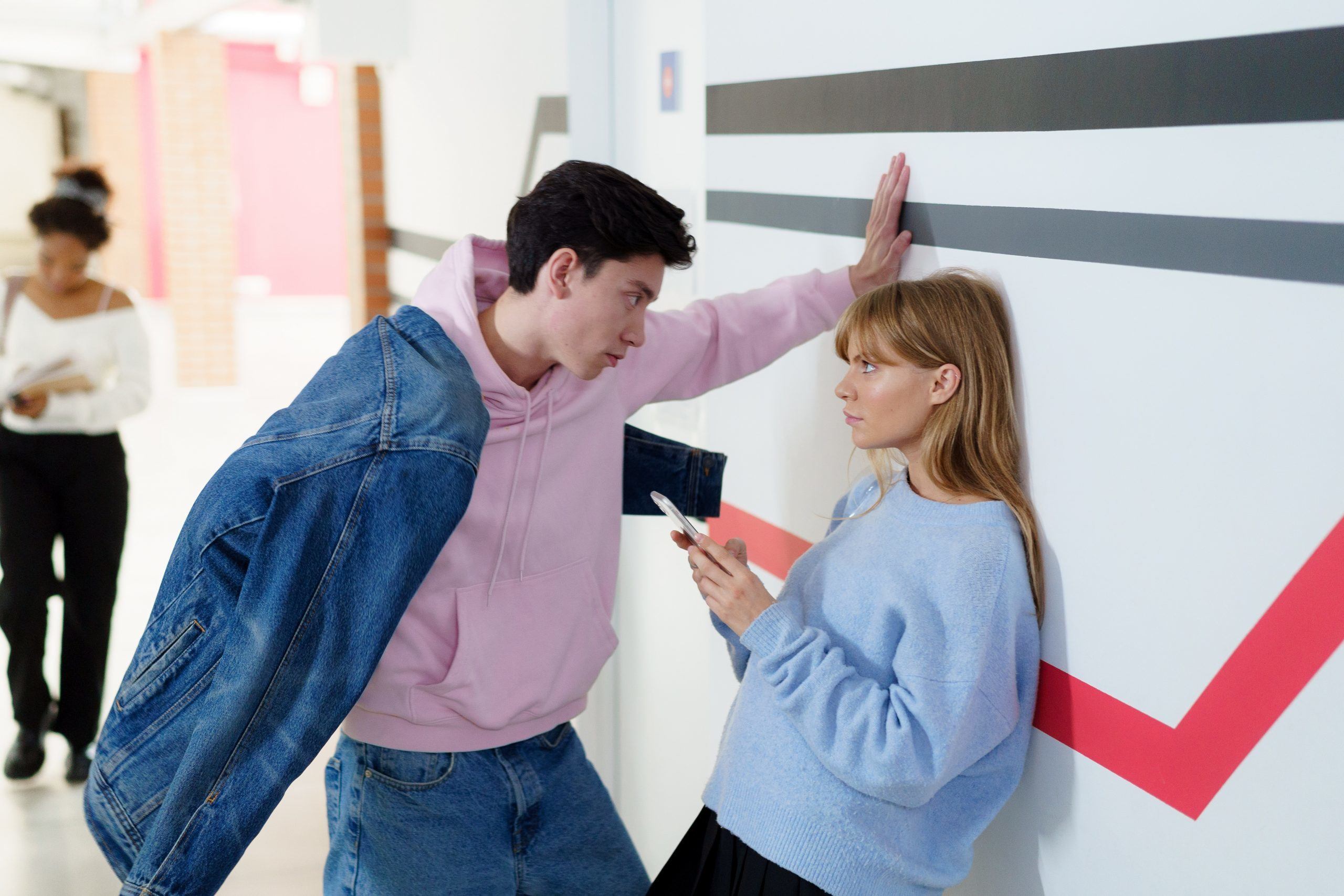 The Guide to Flirting: Direct Flirting

There’s really no magic behind direct flirting. The definition of direct flirting means expressing your affection and romantic intent for her in a direct manner.

This is done usually by making statements and physical expressions:

The art of direct flirting consists of simply pulling the trigger, facing the the impending success, disappointment or rejection. If you’re going to be rejected, so be it… at least you failed through playing to win.

The downsides of expressing your interest directly is that women might not be ready for it and she haven’t invested enough in the interaction. You’re also putting all your eggs on the table by taking a direct risk. Imagine going up to an attractive girl, telling her she’s beautiful, sexy and that you’ll do anything to date her… she’s going to be bored outright. Girls like you to be able to flirt. They enjoy the to and fro, flirting process a lot more than us guys.

Secondly, being able to flirt charismatically in a witty manner makes you stand out from every other guy out there… and… this brings me to indirect flirting.

The Guide to Flirting: Indirect Flirting

The framework for indirect flirting is inspire from the push pull method from the pick up artist community. It’s the art of demonstrating interest verbally and disinterest non verbally or vice versa.

Imagine being physically intimately close to a girl on a date and then telling her she’s going to be so bad for you. That’s demonstrating disinterest verbally but interest verbally.

The art of indirect flirting can be further simplified to teasing her and then telling her that you’re joking and giving her a hug saying she’s awesome.

“That’s so childish, Jane” + “I’m joking, you’re pretty adorable when you do childish things like that” + hug.

You’re pulling her in for a kiss… your lips are almost touching… then you pause and say: “omg I can’t trust you just yet. I need more time between you and I.”

That’s the art of building sexual tension and making her chase a little.

The dynamic of indirect flirting creates a I love you, I hate you sort of to and fro that makes your interactions dynamic with chemistry and sparks. To flirting indirectly effectively in a charismatic manner, you need study improv, comedians and deliver your teases, pullbacks and statements with the right vocal inflection and tonality.

There are advantages and disadvantages to flirting indirectly. I made the mistake of relying on this strategy for years and came off as someone that’s insecure of directly expression affection and interest to a girl. She’s going to find you too ‘gamey’ and lose interest in you.

The key here is to mix flirting with other conversation skillsets such as connecting with her on a deeper level. 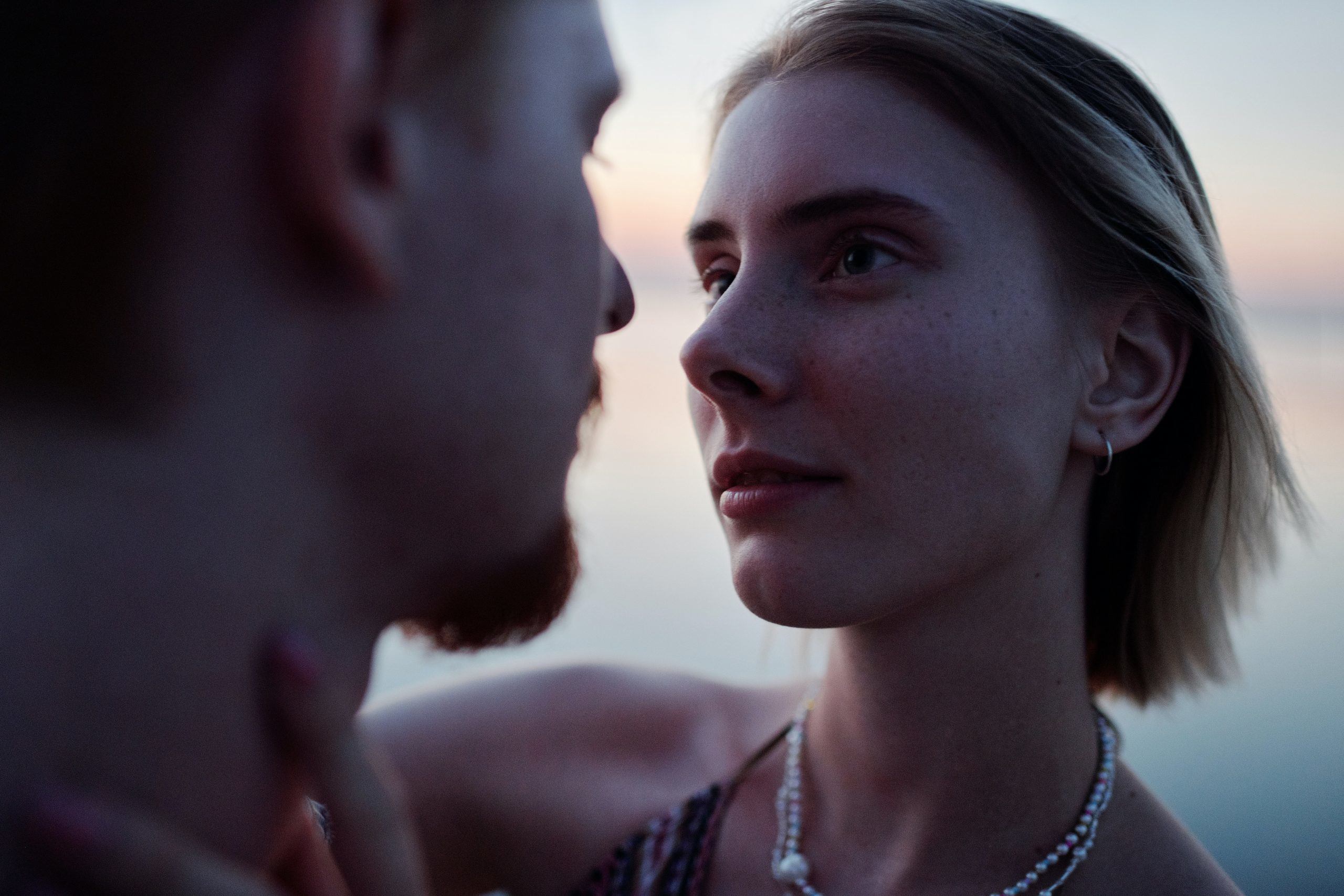 How to Flirt without being Awkward: Look for Positive Signals

There was once I was out with a friend last night at a bar in the city. Three girls sat beside him and I opened and got to know them. I initially thought I had the entire night to spill my game. Until one friend signalled to the group that she was tired and wanted to go home. There are no moral victories in the game of dating. If her friend desire to go home, the rest may follow suit.

One hour into the interaction, I had positive results with the girl I was interested in, I could tell:

If she’s giving you positive signals, then you can increase your intensity of flirting. Yes, you can flirt with a girl indirectly by not showing interest directly and make her chase a little.

However, in some cases, you may over do it. In this case, I didn’t get to the point and I played it too cool. She’s obviously attracted. Instead of making a connection I pushed and teased too much. I wanted her to invest and to chase more. I also took quite a depersonalized approach to the interaction. I didn’t truly get to know her as a genuine person.

It got to the point that I was trying way too hard and there wasn’t any genuine connection between us. Needless to say, I went home empty handed.

If a girl is attracted and is giving you positive signals, don’t over step your mark and make her chase too much. It’s okay to demonstrate interest and flirt directly. It’s also okay to ‘be a little needy’ to demonstrate that you’re sincere about dating her and ensuring your interaction moves forward.

For example, if you had an amazing interaction with a girl you met at the club and if she decides to go to the bathroom in the club, you can follow her despite it looking ‘needy’. It’s much better than losing the entire interaction.

Taking that social risk and and trying to get her back to yours is much better than playing it cool and losing an interaction completely.

How To Flirt in a Sexual Manner

Is there a way to flirt sexually in comfortable manner for her? 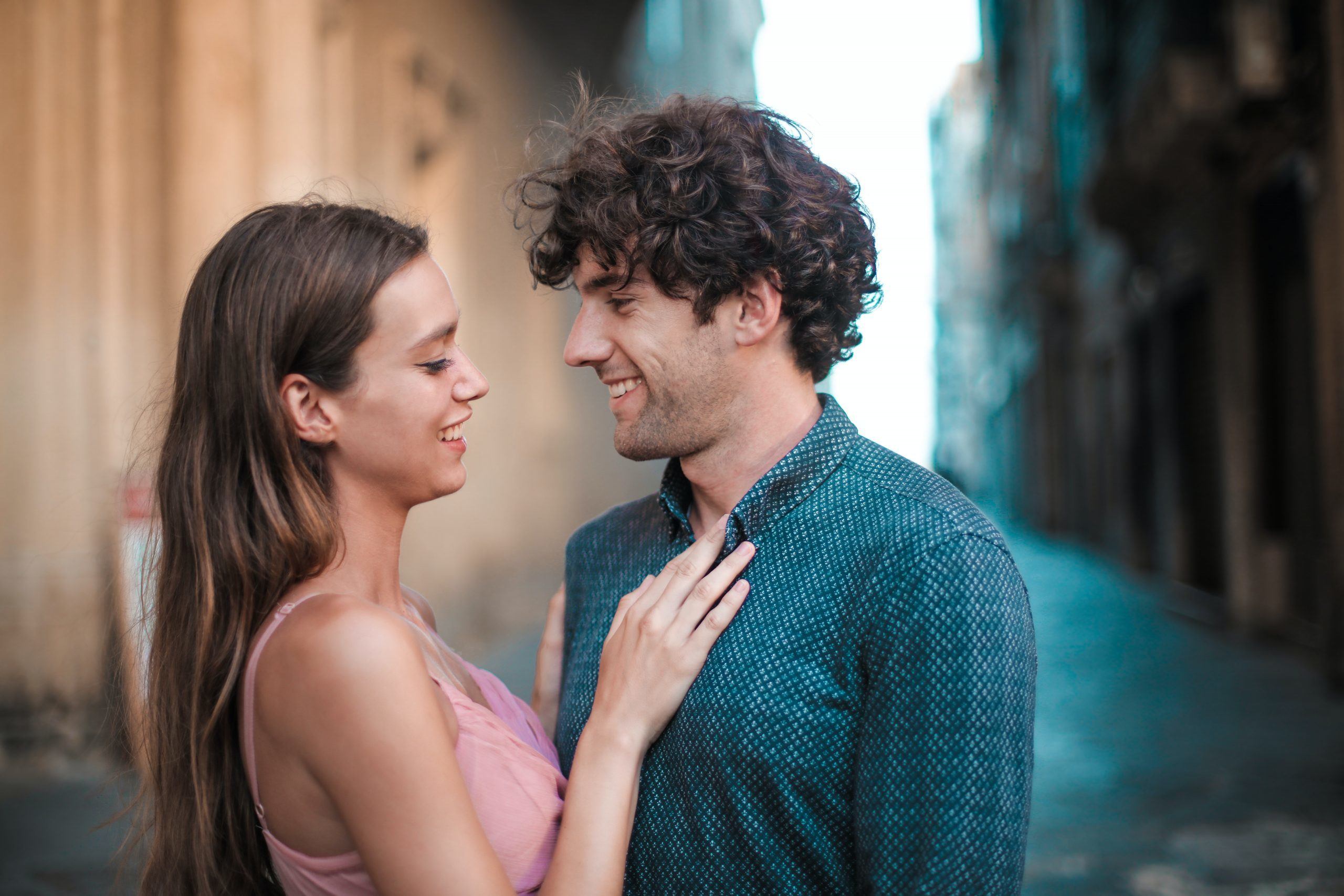 First off, you can only flirt in a sexually with women that are already giving you positive signals. She HAS to be interested.

Whilst traveling through Europe, I found myself in multiple situations where I could have gotten a girl to come back to mine if I settled for second best.

If there are many options starting in a particular night out… it is okay to be greedy. However, towards the end of the night, you want to be smart and focus on the interactions where there is an expected return. If a girl who isn’t the most attractive in the venue is interested in you and it is nearing the end of the night. You should go for her instead of gunning for the ones that aren’t showing an expected return.

The art of flirting sexually is a no brainer one. Once you have broken the physical boundary between you and her, the rest usually is quite easy:

The key concept here is to not over do it and always pull back a little. You can always make statements like “you’re so sexy and you’re bad news for me” or pulling back when there’s too much sexual tension. This means being the first one to stop kissing, the first one to let go of the hug.

See, the art of flirting is simply push, pulling and building sexual tension and desire in her.

This takes on the same principle of pushing pulling and making her chase more.

The art of flirting is a skillset that you can get good at over time. This is usually accompanied by other skillsets such as learning how to talk to girls, being good at improv, approach girls and daring to push your interactions with attractive women.

Flirting isn’t a cure all for your dating woes, and you might end up relying too much on indirect flirting strategies. Some times it’s better to simply express your affection/ sexual intent for her directly, grab her by the hands/ waist and let the chips fall on the table. Other times flirting can help a girl warm up to you, find you charismatic, emotionally intelligent and able to understand social cues.

In all, flirting well is a skillset to get down in your dating life.